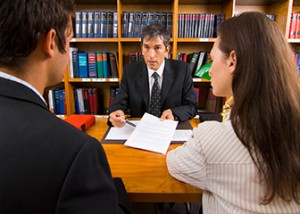 The law in the State of New York requires that at there must be at least two, non-interested parties to witness the signing of a will by the testator. This particular aspect of the will signing is crucial because if the will is not properly witnessed by these individuals, it can be declared invalid and the wishes of the person who dies may not be honored.

The attorney who drafts the will can be a witness to the signing of a will as long as they are not named as a beneficiary within the context of the will. Otherwise, the attorney ceases to be a non-interested party. Often, two other individuals serve as witnesses and the attorney oversees the formalities of will execution by confirming that the testator (person signing the will) is of sound mind, has capacity to sign the will, and is not doing so under any duress or undue influence.

In many circumstances, the attorney who oversees the execution of the will signing will notarize the affidavit of the two attesting witnesses which states that the testator was of sound mind, understood the contents of the will, and authorized the two witnesses to attest to the testator’s signing of the will.

The bottom line is that an experienced, wills and estates attorney should be hired to assist with the process of preparing your will so it is drafted and witnesses properly to ensure all formalities are followed. Most importantly, the Law Offices of Michael W. Alpert, Esq. will do everything possible to see that the will is validly executed so it is not declared invalid by the Surrogate’s Court. Please call Mr. Alpert at 631-225-4603 or e-mail at malpert@alpertlegal.com.