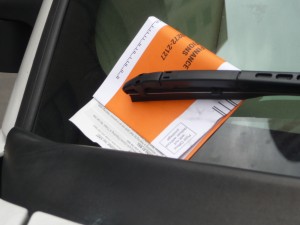 A majority of traffic related infractions pursuant to the Vehicle and Traffic Law (VTL) are violations, and are not considered crimes. Violations such as speeding, passing a stop sign, failure to yield, driving while ability impaired (DWAI), or failure to signal are infractions and not considered crimes (i.e. misdemeanors, felonies). Please note, however, that convictions of these traffic violations can have a significant effect on your privilege to drive a motor vehicle in New York State.

Certain traffic infractions are deemed misdemeanors. The first would be Reckless Driving (VTL 1212), and a ticket can be issued when you commit various traffic violations within the same incidence. For example, if you make an unsafe lane change and simultaneously drive at a high rate of speed. In addition to being charged with a traffic violation, you face five (5) DMV points if you are convicted.

The other major category of traffic misdemeanors fall under the category of Driving While Intoxicated (DWI) or Driving Under the Influence of Drugs (DUI). The first offense under these sections of the VTL will be treated as a misdemeanor. However, if you are charged for the second time within ten (10) years of your conviction of a prior DWI, the charge will be elevated to an E Felony.

If you are charged with a traffic misdemeanor such as DWI, or any other charge under the VTL, please contact an experienced traffic attorney at the Law Offices of Michael W. Alpert.