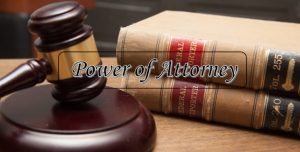 Quite often, clients (or potential clients) do not fully comprehend the role of both the agent appointed under a Power of Attorney and that of an Executor. Or more importantly, when the role of the agent under that power of attorney ceases.

Typically, people sign what is known in New York as a Durable Power of Attorney (POA). This means that this important document takes effect immediately as opposed to upon incapacitation of the person signing the document (principal). This would be known as a Springing Power of Attorney as is utilized far less frequently than the Durable POA.

The durable POA can bestow broad based enumerated powers or can be limited. Quite often, a POA bestowed upon an agent for purposes of conducting a real estate closing usually limits the nature of the powers (i.e. tax matters, real estate matters only). It is quite important to note which powers you wish to bestow upon the agent.

Once the principal dies, then the estate portion takes over. If there is a valid last will and testament, the nominated executor takes steps towards becoming appointed as such by the Surrogates’ Court so the estate assets can be marshalled. Another concept that many fail to realize is that the executor is not officially the executor until the will is admitted to probate and the executor is appointed by the Court upon their duly qualifying by signing the Oath and Designation to serve and if necessary, file a fiduciary bond. Just because a person is nominated to be the executor does not give them official powers until granted so by the Court.

If you need the services of an experienced New York estate attorney, please contact Michael W. Alpert, Esq. at (516) 280-7288 or e-mail: malpert@alpertlegal.com.